Ok, so this is the last one from Arras, I hope you’ve enjoyed them. See many more interesting doors over at Norm’s Thursday Doors.

I start a new job next week, so it may be quiet on my blog for a couple of weeks!

As promised from last week, here is another door from Arras for Norm’s Thursday Doors. This one is from the Town Hall, constructed during the sixteenth century and totally demolished during World War I. During the 1920s and 30s, the local residents carefully reconstructed their historic building “brick by brick”.

This picture has also featured in black and white for this weeks Monochrome Madness.

Some more images of the beautiful Arras Hotel de Ville.

Whilst on our family holiday this year, we had a few car troubles and ended up staying longer than expected in this town. What was intended to be an overnight stay turned into a three night mini-break! Seeing as we were stuck there, we decided to explore the local town, a very good decision as it turned out to be a surprising place full of beautiful, old buildings and despite the shops being closed there were still many bars and ice-cream places open 😉

Arras has a long and interesting history, affected by both WW1 and WW2 and also suffering during the French Revolution and the Reign of Terror. It was once part of the Spanish Netherlands and you can see this from the town houses which surround the Grand’Place and the Place des Héros, they have a very Flemish look to them.

I managed to capture a few doors, but the buildings are the real stars, so here are a few pictures of the beautiful Arras townhouses.

This is part of the very unusual “Bling Bling” building. Found on the cusp of Liverpool’s Ropewalk district and the Liverpool One development, it was commissioned by hairdresser Herbert Howe to be an emporium dedicated to the hairdressing industry. Its quite an impressive building, with projections coming out the sides looking like elaborate gold picture frames. One of these is in the picture above, you can walk in them, but to me it looks a little scary, I mean how does it stay there?

For more black and white images or if you want to know how to join in, please visit the Monochrome Madness gallery.

AfterBefore Friday is a weekly forum hosted by Stacy from Visual Venturing for photographers to show you their images before and after processing.

This week, I have chosen an image that I took in Leeds city centre earlier in the year. In Leeds there are many beautiful, old buildings, this is the top of one of the department stores. However, unless you climb to the top of the opposite building and hang out the window (I’m pretty sure you’re not allowed!) the photo has to be taken from the ground and unless you have a tilt-shift lens, the image you get will have converging verticals and seem compressed and totally out of proportion. This is often used to great effect, but with this old clocktower, it just didn’t seem right. Before totally dismissing the shot as trash, I thought I’d experiment with the lens adjustments in Lightroom.

In the  Lens correction panel, I clicked the full in the upright corrections which stretches the top to create a more “front on” view. Then I had to  crop the image to eliminate the white areas on the sides.

The shot was taken at a time of day when there was a lot of contrast created by the harsh sun, so I wanted to convert this to black and white to accentuate this. I adjusted the contrasts, clarity and B&W colour sliders as well as increasing sharpness and luminance to achieve the effect I wanted and then added a post crop vignette to get my final image.

One thing that I have learnt whilst writing this post is to always make snapshots of your final images in Lightroom, as I was looking through my steps, I must have clicked on one step and then adjusted it, all of the resulting steps had then disappeared – arrgh!!  This did, however, force me to do it all again and after I had tried to replicate it all, I wondered if it would have looked better in colour after all, so I clicked the colour button and hey presto, a heavily saturated colour image appeared. I don’t know which I like best, neither are true to the original colours, one over and one under saturated, but I like them both in different ways. So this week, you get two Afters! Like two desserts, you can’t decide, so have both. Very unhealthy in the long term, so I will try to restrain from doing it again!

Don’t forget to vote in the poll on Stacy’s blog for our special week 26 post.

A mix of old and new buildings on Liverpool’s famous waterfront, with the impressive Liver Building and it’s Liver Birds watching over the city and sea. Click on the picture to see a higher resolution image.

For more buildings and to join the challenge, visit Cee’s Fun Foto Challenge.

The Lighthouse shouts out to the ships to warn them of impending danger, whilst quietly mingling with the stark landscape.

Steps used as paths and seats and also… as steps!!

This was taken in Liverpool at the beginning of the summer, it was lovely and warm and the bright sun in the late afternoon created some lovely shadows.

Just returned from a wonderful two week holiday, I’m looking forward to visiting the “reader” to catch up on everyone’s posts!

The One Park West building in Liverpool, designed by architect César Pelli in 2008. It contains apartments, offices and a gym and was awarded the Carbuncle Cup in 2009 for the worst new building in the UK. Personally I think this seems a little unfair, its a very eye-catching building with some interesting lines and from the side it almost looks like a ship going out to sea. 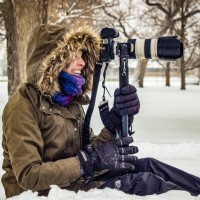 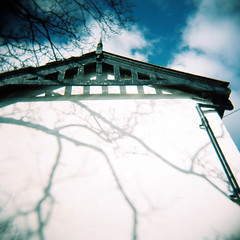 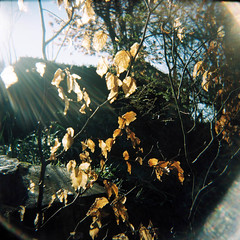 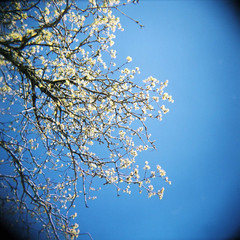